An ad campaign by Coca-Cola in Hungary which featured same sex couples has been banned.

The reason?  According to the Hungarian regulator, the ads were 'detrimental to the physical, mental, emotional and moral development of children and minors'.

The ban was accompanied by a fine, which equates to around £1,300. This won't trouble Coca-Cola financially obviously, but the principle will.

The rule under which these ads were banned does not expressly prohibit the portrayal of same sex couples, but despite the advances in LGBT+ rights and protections in Hungary over the past few decades, it appears to be a culturally sensitive subject when it comes to advertising and marketing.

Hungary has been a member state of the EU since 2004. Homosexuality is legal in Hungary for both men and women, and discrimination on the basis of sexual orientation and gender identity is banned. However, while same sex couples are recognised under the law, same-sex households are not eligible for all of the same legal rights available to opposite-sex married couples, and same-sex marriage is still banned. Polls reflecting popular opinion on same-sex marriage and equality in Hungary have shown a mixed picture, though it shows Hungarian society becoming more progressive over time.

Coca-Cola was ordered to cease all advertising which could fall foul of the above rule.

Coca-Cola has confirmed that it isn't ready to kick this particular can down the road, and is considering its next steps.

In the meantime, a spokesperson for Coca-Cola said that “The values we represent are expressed in our advertisements, posts and messages.”

A letter sent to Coca-Cola Hungary from the Consumer Protection Department ordered it to “cease advertising that is detrimental to the physical, mental, emotional and moral development of children and minors.” The Advertising Act of Hungary says adverts “are forbidden that are capable of harming, or that are addressed to children and young persons, and have the capacity to impair the physical, intellectual, or moral development of children and young persons.” 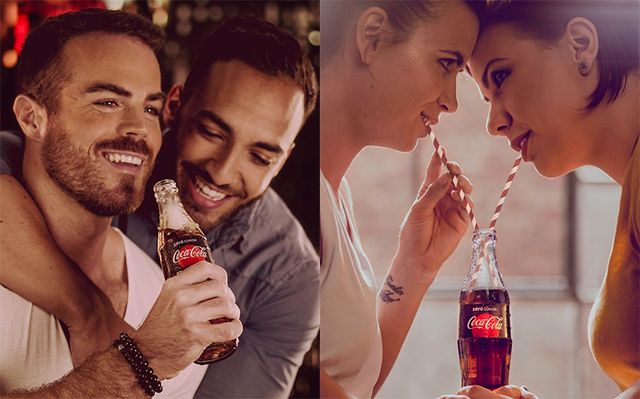