We have seen a steady stream of upheld ASA rulings against influencers over the past few months, many of which revolve around the fact that influencers haven’t used the disclosures which the ASA and CMA have sanctioned and effectively insisted are used - in particular #ad.

It is welcome news therefore that the ASA has been conducting some further research into the effectiveness of disclosures.   The report is hot off the press, and can be found here.

In this brief article, we will share some first impressions.

The ASA considers that the findings support the ASA and CMA's recommended approach - but is that the case?

Most people surveyed said that they understood the industry and how it works. They said they understand that influencers are often paid and given freebies in return for mentioning various brands and products.

However, an interesting and unexpected outcome from the research is that, when presented with social posts which followed the ASA’s favoured approach of using #ad in a clear and prominent disclosure way right at the start of the post, a surprisingly modest proportion of people identified the posts as being ‘definitely an ad’.

In fact, when #ad is the only disclosure, even when it appears in a clear and prominent way at the start of the text (in the way the ASA and CMA prefer), only around 1/3 of those surveyed were confident that the post was 'definitely an ad'. This figure was not wildly different from similar posts which didn't include a clear disclosure or which had some kind of disclosure wording at the end of the post rather than at the beginning.

The use of the slightly longer "#advert" at the start of the text and "#affiliate" at the end of the text fared a bit better, with around 40-48% saying in that case the post was 'definitely an ad'.  Which is still surprisingly low given that it literally spells out that it is an advert!

Things improve further when #ad or #Advert are included over an image (50-57%) identifying it as being 'definitely an ad'.

It is also interesting that social media users don’t tend to apply the same logic as the ASA when it comes to the word ‘Sponsored’. Based on the study, the public considers the word ‘Sponsored’ to be a reasonably good way of identifying adverts, and that ‘Sponsored’ is synonymous with ‘Advertisement’.

It’s interesting because the ASA and CMA have advised against using the label ‘Sponsored’ interchangeably with ‘Advertisement’ or ‘Ad’ because, as far as the regulators are concerned, ‘Sponsored’ means something quite different from ‘Advertisement’.

The regulators consider that ‘Sponsored’ implies the brand only funded the content but that the influencer created or had control over it, whereas they believe ‘Advertisement’ (or #ad) is a better way of making clear that the brand actually had control over the content as well as paying for it.  It seems that the public doesn’t necessarily agree.

The public appears to take into account the broader context, rather than looking out for #ad in the body of a post. The disclosure tools which are baked-in to platforms (e.g. Instagram's 'Sponsored' tool) don't seem to have been researched in detail as part of this study.  This is an important area and the ASA might find that these tools could hold the key to much clearer and more consistent disclosures, even when they use terminology which the regulators have so far discouraged such as ‘Sponsored content’ as a blanket disclosure for various kinds of paid-for content.

Perhaps the platforms are on to something. Perhaps they understand their users better than the regulators. Who knows...

Limited as they are, one can’t help but feel that the findings of this report would have been useful around a year ago in informing the ASA and CMA’s latest guidance in this area. This study would have been especially useful before the CMA investigated and threatened to prosecute various influencers for failing to use what the CMA at the time considered to be not just adequate but necessary disclosures.

Based on this report, they might have been too quick, too prescriptive and maybe even too heavy handed in their approach, because it seems that consumers don’t necessarily interpret disclosures in the nuanced way the CMA or ASA think they should.

We are glad the regulators are redoubling their efforts to follow an evidence-based approach, and that they are keeping this important and evolving area under review. We hope that more studies of this kind are conducted, including into the effectiveness of disclosure tools which are built in to social media platforms.

And in the interests of full disclosure, Lewis Silkin's clients include influencers, platforms, agencies, brands and trade bodies, but the views expressed in this article are the author's own.

“The research tells us that all of us can find it hard to identify when an influencer is advertising, so it’s crucial that ads are labelled clearly. Our message to influencers and brands couldn’t be clearer: be upfront with followers, for example by using #ad.” 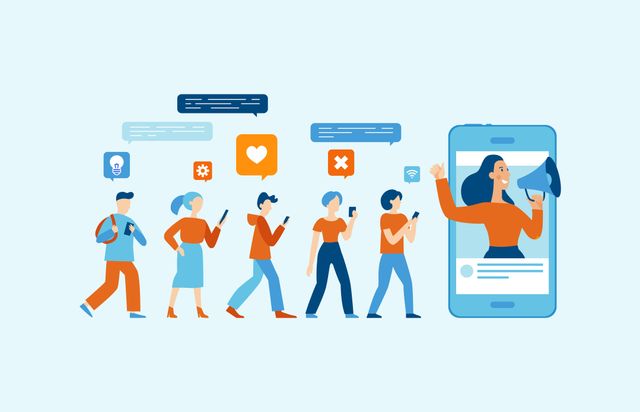 We've published a report that reveals that people struggle to identify when social media posts by influencers are ads, and confirms that our current approach of requiring influencers to use a prominent reference, such as #ad, is necessary as a minimum https://t.co/JLKdo7mtL2 pic.twitter.com/OsUnUCZncD