A lavish, expensive ad for Dior's 'Sauvage' fragrance has been pulled just as it was about to launch, in the midst of accusations of cultural appropriation.

The ad stars Jonny Depp, himself a controversial choice as brand spokesman, given the accusations of domestic violence in his recent divorce proceedings.

Native American culture was central to the ad, which featured a traditional war dance by a member of the Rosebud Sioux Tribe from South Dakota, wearing traditional dress.

When teasers were launched online, many people criticised Dior for the cultural appropriation. The situation was not helped by the fact that 'sauvage' means 'savage' in French, bringing to mind every racist Western starring the likes of John Wayne that you care to mention.

Dior tried to deflect the criticism by saying that they had consulted with various members of the Native American community, stating “This collaboration, which started at the very beginning of the project, led to a work process that was extremely demanding and specific. Ongoing communication about the project, and then on the film set, had a shared aim: moving away from clichés in order to avoid the cultural appropriation and subversion that so often taints images representing native peoples.”

For example, we've seen advertisers run into trouble with depictions of the Maori Haka several times over the years, either because its been used to promote an alcoholic beverage or because its been performed by women, which gives rise to some interesting ethical dilemmas. But according to the purists, the Haka should not be appropriated for commercial use, unless its by the All Blacks rugby team, in which case its fine.  The team is even sponsored by Steinlager (the clue is in the name).

The lesson appears to be that the consultants who purport to represent the minority whose culture you may be accused of appropriating are not in a position to grant you a free pass. Best avoid cultural references altogether, particularly of groups that have faced centuries of oppression.

Johnny Depp’s latest Dior fragrance ad has been pulled by the French fashion house, after it faced accusations of racial insensitivity towards Native American people. 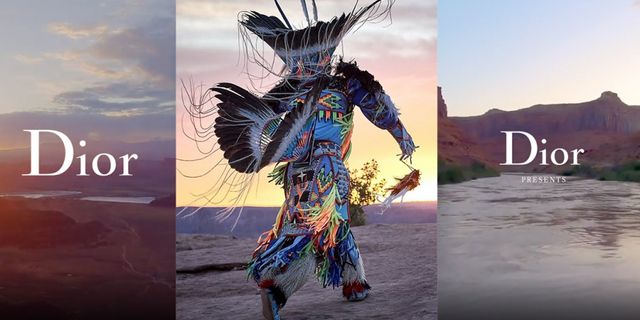 Johnny Depp's latest Dior fragrance advert pulled after it was accused of being racist towards Native Americans https://t.co/v2Los2mCHW