Mercury Holidays (a trading name of Sunspot Tours) has found itself in the hot glare of the ASA after complaints were made about two of its press ads which appeared in June 2018.

The main issue was the use of attractive 'FROM' prices.

Two complainants, who were unable to find holidays at the advertised 'from' prices, challenged whether the ads were misleading and could be substantiated.

Below the headline was a table which featured different dates, 'from' prices and holiday durations for various months from September to May. The month of May was highlighted, with the price “£359” under the one week column. In the two week column, the price stated “FREE”.

The ad featured a table headed “2018/19 DATES & PRICES - OTHER DEPATURES AVAILABLE UNTIL AUGUST 19”.  The month of December was highlighted with the price of £329 under the two week column. In the three week column, the price stated “FREE”.

The table showed the “from” prices of different durations between June to February.

Smaller text in the ad stated “*From’ price applies to departures 01-10/12/18". Bold text stated “Please note availability is limited for our lead-in ‘from’ prices. Prices were accurately costed on 05/06/18 & are subject to change since going to print due to airline availability”.

Mercury Holiday provided a copy of their flight inventory which they said showed the cost and availability of flights. They explained that the flights were based on low cost airlines which changed daily. They said that they kept screenshots of flight prices and availability at the time of the ad going to press.

As margins on flights constantly changed, sometimes on a short term basis, they argued that there was no way of showing what was on the system at the time the ad appeared except from screenshots of the total package. They provided a copy of the hotel inventory and an invoice for a three week holiday in January for £395.33 per person, including £44 for luggage. They also provided a holiday search which showed that a three week holiday was available for £339.39 per person in December 2018.

In relation to the second ad, involving holidays from June to February, they said that 22% of flights were available at the lead in price for December 2018. They said that those flights were split in the first week of December due to the Christmas holidays. They also provided a copy of a cache search which showed that there were holidays priced at £329 in December 2018 for a three week duration (in support of the claim 2 weeks Half Board with 3rd week free from £329*).

All prices were run a day before the ad was due for press, to ensure that they took their publication lead time into account. The date on which the prices were checked had been included in the disclaimer within the ad. They highlighted the disclaimer at the bottom of the ad which advised that “from” were subject to limited availability, were subject to change and were accurate at the date of print.

The flight inventory showed a range of flights departing in May 2019 and the number of seats available at a specific price. The flights’ prices ranged from £1 to £140.  The ASA acknowledged that 30 seats out of a total of 80 were available at the lead in price and those 30 seats were split across 5 dates in May.

The ASA was also satisfied that the quantity of accommodation (in excess of 1000 rooms) and the fixed prices of the rooms was adequate on those dates.

However, despite the disclaimer, the ASA considered that flights at the lead in price should have been spread evenly across the advertised travel period of May 2019. The hotel inventory for ad (a) showed a total of 600 one bedroom apartments, 450 single studios and 150 studios available between 1st May and 31st May 2019.

It was a similar story in relation to the second ad and the flights in December.  Mercury Holidays  provided a copy of a holiday searches at the time the ad appeared, but the ASA noted that the total price for each holiday was £339.39 for December 2018 (£10.39 more than the ‘from’ price of £329 stated in the ad). In addition, the ASA considered that information did not demonstrate that price in question was available to consumers in reasonable quantities at the time the ad appeared.

In relation to the disclaimer, the ASA acknowledged that the all the prices in both ads had been described as “from”, but stated that information about the limited availability was placed at the bottom of the ad in smaller text.

The ASA considered that the position and size of the text was such that it was likely to have been overlooked by consumers.

Because the ASA had not seen evidence to demonstrate that a reasonable quantity of holidays were available at the advertised "from" price at the time the ad appeared, and because the ad did not make sufficiently clear that the “from” price was subject to change and had limited availability, the ASA concluded that the ad was misleading and could not be repeated.

Lessons to be learned

Advertisers should not rely on “from” prices if they do not hold robust substantiation, at the time the ad appears, to demonstrate that the price in question will be available to consumers in reasonable quantities.

The ASA went even further in this case by stating that, where the prices cover a certain period e.g. a whole month, the prices should be 'spread evenly across the advertised travel period'. It isn't clear what the basis of this new specification is, especially where a disclaimer is used to make clear that the 'from' price refers to selected dates or a portion of the relevant period, and we envisage that there are ways advertisers can make this clear in a disclaimer (otherwise this apparently new requirement seems unjustified and unworkable)

Be careful not to be slip, slap, sloppy.

...the ad did not make sufficiently clear that the 'from' price was subject to change and had limited availability. "We told Sunspot Tours not to use 'from' prices if they were unable to demonstrate that the price in question was available to consumers at the time the ad appeared, in reasonable quantities and spread evenly across the advertised travel period," said the ASA report. "We also told them to ensure that, where holiday prices were subject to change and had limited availability that was made clear in a prominent statement." 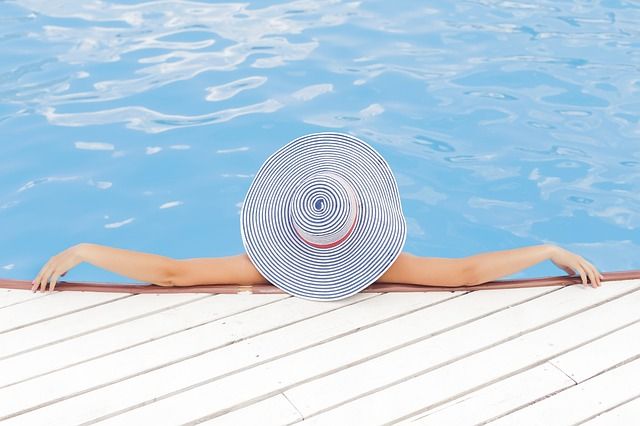