As the saying goes, 9 out of 10 people admit they like chocolate; the 10th is a liar.

Unsurprisingly the UK advertising codes ban the advertising of chocolate and other HFSS products (high in fat, salt or sugar) to kids. Perhaps more surprising given the current focus on child obesity is the fact that these rules have only applied to non-broadcast advertising for the last year. However, the ASA hasn’t kept its cocoa powder dry for long, today issuing several upheld rulings against confectionery advertisers, including one against Mondelez UK Limited.

The Obesity Health Alliance complained that the ads were for HFSS products and were targeted at children. The ASA investigated.

The CAP Code says that HFSS product ads must not be directed at people under 16 through the selection of media or the context in which they appear and that no medium should be used to advertise HFSS products, if more than 25% of its audience is under 16 years of age.

The ASA accepted the advertiser’s argument that the website was aimed at adults and was mostly accessed by adults looking for places to take their kids on an egg hunt. However, Mondelez claimed the storybook (featuring a cartoon Easter bunny) and activity pack were also designed for parents and intended to be used by them as inspiration and tools to use with their families. Mondelez said the book contained no Cadbury branding and that although the activity pack was branded, it would not be visible to children unless their parents provided it to them.

The ASA disagreed with this analysis, deciding that the book and activity pack were both ads for HFSS products directed at kids and breached the CAP Code.

Interestingly, the ASA said the book was in fact choc-a-block with Cadbury branding: the Cadbury milk “splash” featured on each page, the chocolate eggs were identifiable as Cadbury eggs, the Cadbury shade of purple was everywhere and the message “Cadbury wish you a Happy Easter” was printed on the final page. Moreover, the book and activity pack were created specifically for kids and were therefore directed at children “through the selection of media”.

The point to take away from this ruling is that whilst the ASA is prepared to accept that websites promoting child-friendly activities may not be targeted at the children themselves, advertisers cannot get away with using such websites as a Trojan horse (or in this case bunny) for deploying more covert sugar-coated advertising to those kids.

The Obesity Health Alliance challenged whether the ads were for products that were high in fat, salt or sugar (HFSS product ads) that were directed at children. 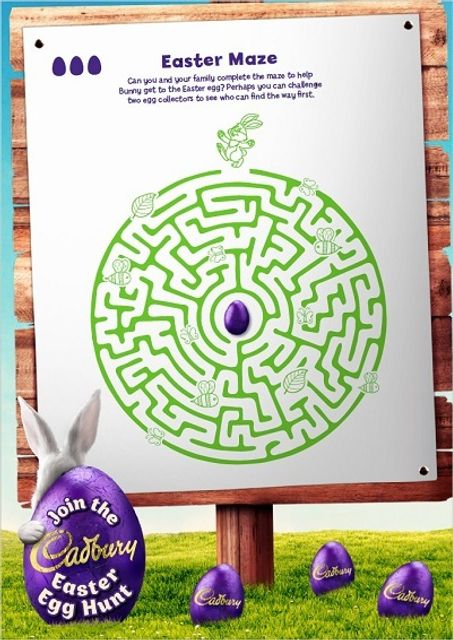 Take reasonable steps to ensure that #HFSS product ads are not directed at #children ...https://t.co/TvhFTz5bZh

These are the first three brands to fall foul of new rules that prohibit advertisers from marketing products that are high in fat, sugar or salt (HFSS) to children. https://t.co/KNQL0Tf2bL

What do you get if you fail to regulate political advertising? Brexit.
Brinsley Dresden
repost  cancel